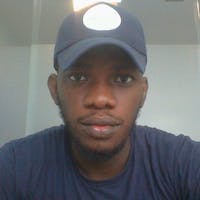 Git is a free and Open Source distributed version control system for tracking changes in source coding during web development, App building, and much more. Git is the best choice for most software teams today, it is very helpful for teams building from small to very large projects.

I have learned and understand how to set up Git on my system, also the three-stage workflow in Git, create branches and track files, create a repository in Git, and more.

Here are some of the Git Keywords:

Okay, let's take a chill here for a drink. That seems like a lot right? But there are many other interesting keywords for git. I find Git very interesting most especially the command lines. Git made grew interested in command-line languages. Recently completed a course on Command-Line, It was really fun.

In conclusion, Git has the functionality, performance, security, and flexibility that most teams and individual developers need. If you are an inexperienced developer wanting to build up valuable skills in software development tools, when it comes to version control, Git should be on your list.